After yesterday’s devastating loss, I have taken to my hotel bed again. Mr. Headley has no choice but to wait on me, for all I can do is lie here and dream of past Pirate heroics. My long departed mother has filled my head with all of the ones I was too young to remember. See, when my father died in World War II, and she re-married and changed her name from Spanelli to Grossinger, that was when she started putting those scrapbooks together… 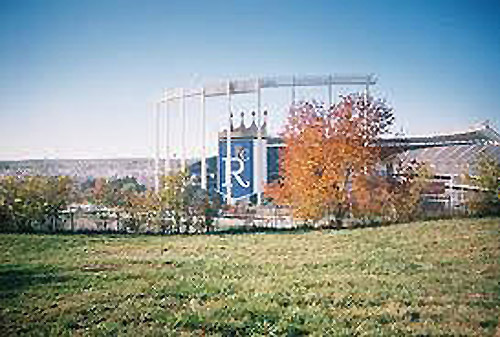 KANSAS CITY–Lester here, and this is it, friends. Can’t expect to win every game we play back at Three Rivers right? Splittorff was just fine in his first start, but today he’s in trouble right away, thanks to a Patek error in the 1st, a Parker single and sac fly by Robinson. Followed by an Oliver single, Taveras double and Duffy Dyer single in the 2nd to put us down 2-0.

Little Freddie makes quick and serious amends, though, lining one into the left field bleachers with two aboard in the last of the 2nd and hey! We’re on top 3-2!

Little did I think that’s the last we’d be heard from, while the Pirates just tear Splittorff, Gura, and Pattin apart for a total of 16 hits. Rooker’s the one with all the stuff, scattering just three hits through seven and a third after Patek’s blast. The true low comes in the 4th, when Mayberry leads with a single and takes second on a Garner boot. With one gone, White hits one out to center but John forgets there’s only one out, strays off second base and gets himself tagged out.

I know Dr. Sheila’s almost comatose again, but after this depressing, no-drama fifth game I could slip into that bed right beside her. Well, you know what I mean.

So it’s back to Pittsburgh on the Funky Zipline, to put an end to this season once and for all. Can’t say I’m all that worried, but the Pirates are no strangers to coming back from 3-1 deficits. Try 1971. Or two years from now.

Tonight’s live Tweetcast of Game 6, and a possible Game 7 tomorrow, will be at 10:30 p.m. eastern, 7:30 pacific, with game reports appearing here on the blog the next morning.