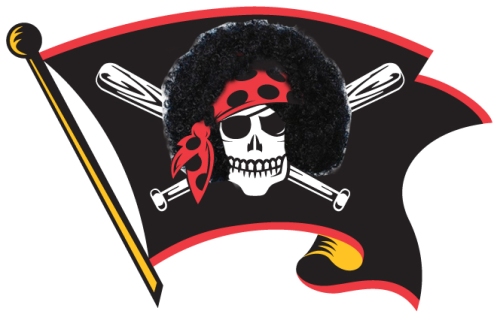 Ever since Ed Ott silenced the Dodger Stadium throng with a game-tying, 9th inning blast off Don Sutton, everything has been sailing the Pirates’ way. Need the Dodgers to stay shell-shocked in St. Louis? No problem. Need for the Phillies and Reds to self-destruct? You got it. All this with Stargell being on the DL, too.

Lester here, after a very quiet Zipline ride up from Texas. I asked Dr. Sheila if she wanted to report the possible pennant-clincher for her Bucs, but she was too distraught over losing Buzz and Little Buzz to even talk, let alone write. She did say she’d follow the Dodger and Phillie games on the out-of-town scoreboard, so at least that’s something…

PITTSBURGH—Crazy Amy isn’t exactly full of mirth either, with her Reds having to beat 22-game winner Candelaria to stay alive another day. And the horrible Jack Billingham goes for her side, with as short a leash as possible around his neck.

Griffey and Rose manage one-out singles, though, in the 1st, and after Foster’s expected whiff, Bench works a walk. Driessen leaves them loaded with a roller to 1st, and that’s that. But Rennie Stenett, first man up for the Pirates, gets hurt for the rest of the regular season! Good for them they have a small cushion. Oliver, Ott and Taveras string their own singles together in the last of the 2nd, it’s 1-0 Bucs, and the Steel City is rocking anyway.

But here come the Reds in the 3rd. Morgan leads with a walk. Griffey and Rose single for the tying run. Foster manages a sac fly to put Cincy ahead and Bench bombs one into the second deck. 4-1 Reds!

DR. GROSSINGER: At first scoreboard glance, MON is dominating PHI by a 3-1 margin after three innings, but LAD has just tied STL 1-1 in the 2nd inning. I have doubts regarding both contests.

Billingham throws a 1-2-3 3rd, but when Robinson singles and Oliver walks to start the home 4th, Sparky Anderson doesn’t muck around and pulls him for Pedro Borbon, who gives up a Moreno single for one run but nothing else.

Neither team scores for the next two innings, and the Candy Man gets the Reds out with just a single in the 7th. Dr. Sheila? It’s stretch time!

Yes, I’m sorry. Oh my, STL scored three runs in the 3rd, but now LAD has gone ahead 5-4 in the 5th. As I diagnosed, this is a highly problematic event. MON is still ahead of PHI, though 4-1 now after six.

Bottom of the 7th at Three Rivers. Borbon still in there but Taveras rips a single. Moreno gets another single and Candelaria bunts them over. Up steps super sub Jim Fregosi, filling in for Stennett but with two weak groundouts on the day.

And Fregosi CLUBS it! Deep to left, Foster to the track and it’s OUTTA HERE!! 5-4 Pirates and the place is up for grabs and—

Yahooooo!!! Screw the other games! We got the lead!!

Calm down, Doc. We still have two innings to play. And here’s Rose starting the 8th with his third hit, a double into the corner. Foster flies out and Bench whiffs, and it’s Driessen’s turn. Driessen singles past Taveras, Rose scores and we’re tied 5-5!

Yeah? Well guess what, smarty Lester! STL just scored twice in the bottom of the 8th against LAD. Isn’t Hooton pitching that one?

She looks over at Sherman, who just rocks back and forth saying a Hebrew blessing, an empty popcorn bag over his head. Meanwhile Sarmiento pitches the 8th for the Reds and does a decent job, giving up an Oliver single and nothing else.

And then the seldom used Gary Nolan, a lefty killer who is incapable of getting righties out, starts the last of the 9th against the 2-for-3 Moreno. This time Omar walks. And Omar steals second. Candelaria bats for himself from the left side and grounds one to first to move Omar to third. Soto, a righty killer who can’t get lefties out, comes on to face Fregosi and Garner. Infield in. Everyone’s standing.

She’s right. If Moreno scores, the National League race is over. But Fregosi swings and misses for the second out. And it’s up to Phil Garner or we’re going extras. Scrap Iron’s clutch, but no one’s walking him to face the Cobra, even with Parker 0-for-4.

Dr. Sheila jumps in my arm. Sherman and Mikey evaporate before our eyes, an empty popcorn bag and half-drunk cup of Rolling Rock left on their seats. Peachy Calhoun and Friendly Fred are still here, but that’s it, folks. Just the four of us.

Except for Seamus waiting on the Zipline, of course. Destination: American League cities.

at CARDS 6-8-0, DODGERS 5-7-1
The Pirates were clutch all year, but L.A. has no one to blame but themselves. In the last month, I counted ten times that they blew games late. Are you ready?

And finally, this travesty today: Two-run Smith homer puts L.A. up 5-4 in the 5th, but with two outs, nobody on in the 8th, 22-game winner Hooton gives up a Simmons double, Brock and Scott walks, and when Sosa relieves him, Reitz rips a ball past no-range Lopes at second for two runs and the final, fatal meltdown. Sorry, Sherman.

at EXPOS 5-7-2, PHILLIES 4-7-1
And another big sorry to Mikey, as his Phils succumb in another godawful showing at the Big O. Jim Kaat lasts four batters before the right-handed bullpen takes over to hold the Expos at bay until Philly can tie it 4-4 in the 8th off Rogers, but the left-handed McGraw gives up a freak double to lefty Del Unser with two gone in the 8th for the winning run. The Phils gave it their best all year, but outside Carlton and Reed, just didn’t have enough solid starters to put them over the top.

at ASTROS 5-8-0, CUBS 4-9-1
And the Cubbies seem to finishing up back in the hapless room. Rocket Ray Burris takes a 2-1 lead into the 6th, gives up his obligatory 3-run bomb to Art Howe and ends the year with a sterling 2-20 record. The Astros now head west for one in L.A. and three at Wrigley to try and keep their late mini-surge going. 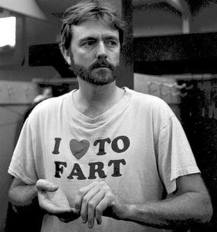 I've been waiting to use this photo all damn season.

at RANGERS 6-13-0, ROYALS 2-6-1
Now for the real good stuff. Completely unaware he’s going into the Hall of Fame in 34 years, and unsure if 16-year-old Jon Heyman is even in the crowd, Big Game Bert Blyleven throws a masterful CG, whiffing nine Royals and keeping the AL pennant race going at least a few more days. Major goat from yesterday Campaneris gets Texas on the board with a big double in the 2nd, and Bevacqua and Ellis add homers off Splittorff to put the Rangers just two back in the loss column again. K.C. now heads for Minnesota, who have unfortunately lost six in a row, while the Rangers go to Chicago, who have…uh-oh.

WHITE SOX 7-17-0, at TWINS 4-8-0
Good golly. SEVEN wins in a row for the white-hot Sox, going into the 9th here down 3-1 to Schueler and putting up SIX runs in a heartbeat, including a Jorge Orta grand slam and two-run shot by Soderholm. Maybe, just maybe, they’re due to lose a couple.

at YANKEES 4-9-1, INDIANS 1-4-1
Garland had won seven decisions in a row, but the Yanks rough him up early, Lyle hangs on for Torrez and the surprising 3-game sweep is in the books. New York is tied with Texas for 2nd, and now goes up to Fenway for what could be three amazing games.

RED SOX 8-14-0, at ORIOLES 3-5-1
Especially because Boston is still alive after smacking Jim Palmer around, Jockeyman’s fifth disastart in his last seven. Fisk hits two homers, Hobson one to join the 100-RBI club, and even if the Sox drop from the race while playing the Yanks, they’ll have a chance to eliminate them personally, a cheap thrill if there ever was one.  Too bad Buzz won’t be there for the series, but that’s what he gets for dragging his five-year-old self around the country.

ETCETERA: And on this Pirate Pennant Day, may as well offer my official congrats to Robby Alomar and Bertie Blyleven for their deserved Hall of Fame inductions.  Let’s hope Raines and Bagwell get in soon.  And for any steroids witch-hunters out there, please read this wonderful, apt description of the Hall by Joe Posnanski, from earlier this week:

“It’s a tourist attraction. It’s a place where fans go and remember their childhood, reminisce about the game, consider their connections. It’s so easy to get high and mighty about this thing, so easy to lose the whole point. I’m not sure how the Hall of Fame became about innocent and guilty in the first place. It’s a room overflowing with cheaters and liars and gamblers and fools. It’s a room overflowing with heroes and devoted fathers and good neighbors and nice men. But, really, it’s a room with the greatest baseball players ever along with some very good players along with some good players who had powerful lobbyists.”