Perfect Place for a Coma 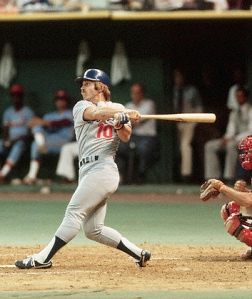 MONTREAL—Olympic Stadium is two-thirds full for the series finale with the first-place Dodgers, but the team’s lackluster play since April has drained most of the spirit out of their home.

I am all right with that, because ever since Seamus announced he was Little Buzz’s long lost uncle, we’ve all been in a bit of a coma, and an Expos game provides the matching hypnotic atmosphere. The light in here is an odd grey, kind of half inside and half outside, and whenever fans stand the yellow, spring-bottom seats pop up, shooting a hollow, metallic echo around the park. Sherman is oblivious, of course, because he’s too focused on his team’s league-leading action, but I’m too distracted to even score it. “Lester?” asks the boy, “How many whiffers does Twitchell have now?” He loves to use the word whiffer and say the name Twitchell, and after the third time he asks the same question I just make up a number that will satisfy him.

Seamus, Buzz’s dad’s younger brother, apparently knew all about that Fenway game back in real ’77 where Buzz was abandoned, and had found ways to watch over Buzz ever since. His contracting work with Patriot Act, Inc. and job at the hospital were all part of the plan. Like Buzz, he had no clue what happened to his brother, whose name was Trevor Gip, only that Buzz’s mom had died and Trevor was an emotional mess at the time. Seamus hinted that something else traumatic had happened between him and Buzz a long time ago, but he wouldn’t talk about it. Which maybe explains why Buzz never recognized Seamus or even remembered his name since then…

CRACK! Reggie Smith powers a Twitchell fastball out of the park in the 1st, Sherman hoots and pounds my back, and the game is on. Russell boots a Cash DP ball in the 2nd to help Montreal tie it up off Rau with a Cromartie double, and then we sleepwalk through five scoreless innings.

The smoked meat sandwich Seamus got for Little Buzz is declared “yucky,” and while I’m up buying him a tub of stale popcorn instead, I miss the start of a Dodger rally in the 8th. Lopes and Russell single, chasing Twitchell for Schatzeder, but he walks Smith to load the bases. Dues comes on for the tough righties but Baker walks in one run, and after a 5-2-3 Garvey DP, Cash boots Cey’s grounder for a 2-run L.A. lead.

Carter starts the Expo 9th with a clean double, his fourth straight hit off Rau (though his lefty-mashing buddy Valentine goes 0-for-4), and after Perez and Cash single, Hough relieves. Cromartie rolls one out to Russell, who kicks it for the tie game! Everyone but Sherman cheers, and we’re not even Expo fans, just underdog and good pennant race rooters.

Relief ace Joe Kerrigan takes over for the 10th. Smith singles. Baker goes down swining but Garvey works a very rare walk. “Is that the Penguin Man?” Little Buzz asks, as Cey steps to the plate. “You bet,” I say, “and he gets more clutch hits than any—”

WHACK! The first pitch is planted deep in the left field bleachers before I can even finish my sentence. Shades of the Rick Monday playoff homer coming here in four years, the Big O crowd goes mute. Except for annoying Sherman, of course.

And with that, we pile back into our car to schlep back over the border. We got smart on the way up and bought little Canadian flags to ease our entry, but going back we might need to get more adventerous.

Meanwhile, the Dodgers head to Philadelphia for the biggest showdown of the year so far. I hate to admit it, but I wish Mikey was still around to put Sherman in his place.

PHILLIES 3-8-0, ASTROS 2-6-1
Houston loses all three games by one run, and drops to 3-11 on the season vs. Philly. Cabell is the fielding culprit again, letting a Schmidt ball go through his legs for a two-base error and a tie game in the 3rd. Reed turns off the Astro offense this time until he gets tired in the 7th, but Garber retires all eight batters he faces for the clutch save.

at PIRATES 4-9-1, CARDS 3-11-0
Candelaria vs. Rasmussen in a great matchup, and it’s amazing the Bucs win this game. Ott misses a 1-14 HR roll, Stennett gets nailed at the plate on a 1-17 safe chance, while Ken Reitz gets a run-scoring single on a 1-4 roll. You know, the karma thing? But solo homers from Parker, Robinson and Stennett are enough to give them the win. Gossage gets them out of a bases-loaded jam in the 8th, then a second and third, two-outs pickle in the 9th.

CUBS 2-9-1, at REDS 1-11-1 (13 innings)
Chicago is making a habit of pulling out shocking wins this week. Horrible clutch hitting by Cincy bails Reuschel out over and over, while Sutter throws three and two-thirds of 2-hit relief until a Steve Swisher sac fly off Soto decides it. Bad day for second basemen, as Trillo goes out for eight games and Morgan for three.

at RED SOX 6-9-1, WHITE SOX 4-13-0
It’s a full-blown Pudge party. Fisk collects a double and two homers, the first one a grand slam off Kucek to turn around an early 3-zip Chicago lead. El Tiante spins his usual act, scattering 13 hits, including six for extra bases, but walking nobody and going the distance. Boston’s half a game out again.

RANGERS 4-9-0, at YANKEES 2-8-1
Perry is as sketchy as Tiant out there, but as always, Torrez is just putrid enough to lose. A triple by Campaneris and singles by Sundberg and Harrah off him in the 7th break a 2-2 tie and put Texas back in the big hunt.

TWINS 7-11-0, at INDIANS 3-6-1
Naturally, as soon as I crap on Redfern in these pages, Pete hurls a dominating (for him) complete game win. Waits, Buskey and Laxton provide all the fun for the Twins bats as Minnesota avoids a last-place tie.