The Mother of All Sundays 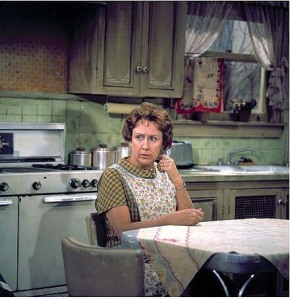 Seamus Headley finally confirmed a meeting for us at Patriot Act Inc. next Wednesday morning, which I’m pleased about because it has become nearly impossible to keep the fact we have six missing patients a secret. Lester’s mother appeared today to pay her son a visit, as she always does on Mother’s Day, coming all the way from New Mexico, and was rightfully distressed when I informed her that Lester was off on a “special outing” to Washington, D.C. with the others. She announced she would check into a local hotel until he returned, and there was little I could say to dissuade her.

After she left, I drank my coffee and sat at my computer to think about my own mother. She was a methodical, emotionally distant individual, but there are still times when I drive by Bunny’s Bakery here in town, and smell fresh walnut bread coming out of the oven and think of her regardless.

Anyway, we finally woke up in a place with warm weather, and the rest of the gang can’t be happier. Amy’s in the top deck somewhere, getting a sun bath in her new groovy yellow shades she bought in the parking lot and probably dreaming about Johnny Oates.  Fred and Mikey are out in the bleachers giving Dusty Baker the business for no special reason and I have to remind them not to yell anything about him becoming a manager someday soon. And Lester? Three rows below us, staring at the Cubs-Cards updates on the scoreboard and arguing with himselves.

Famous head case Joaquin Andujar is on the hill for the visiting Astros, and he’s anything but one of those today. A Lopes double, Garvey single and Cey sac fly make it 1-0 Dodgers in the 1st, but for the next nine innings the Dodgers get nothing but three hits by Lee Lacy, who’s filling in for injured Reggie Smith. But Tommy John is just as awesome, and holds a 4-hit shutout going into the top of the 9th. Cabell and Ferguson go out, and it’s up to Art Howe.

Howe walks. Gardner hits for Sambito and singles him to third. Jose Cruz takes his licks, and rips a single into right to tie the game! Charlie Hough comes on, but Cedeno bounces out to end the inning.

Ken Forsch takes over for Houston, and gets L.A. 1-2-3 to send it into extras. Sherman’s ulcer acts up. With one out in the top of the 10th, Bob Watson doubles, and weak-hitting Roger Metzger steps up. Metz took over at short on a double switch with Cliff Johnson earlier, and smokes a Hough knuckler down the line for another double and 2-1 lead! Sherman’s ulcer explodes.

The more amazing news is that the Pirates lost their first game in Montreal, have fallen behind in the second one, meaning whoever wins this could pick up a game and a half. All Forsch has to do is get the bottom of the Dodger lineup.

But he hits Yeager to start the inning. Glenn Burke runs, Many Mota pinch-hits a walk, and Forsch is in wicked trouble. Lopes blows a bunt try and pops out, but Russell singles up the middle to tie it again! Garvey walks, loading the bases, and Bo McLaughlin is hailed to replace Foolish Forsch. The infield comes in, but Ron Cey raps into a 6-2-3 double play to take it to the 11th.

“I’m done,” says Sherman, “Spent. Do me a favor and cremate me now before they screw up another rally.” McLaughlin and someone named Stan Wall go another two innings, and Bo whiffs the first two guys in the last of the 12th.

Then Russell doubles, and here’s Garvey. And there goes one of the best two-out clutch hitters in the league walking to first on an intentional walk. Much better idea to pitch to the Penguin, who is more prone to walk or whiff than—

—hit the waddle-off 3-run shot into the bleachers that he now hits. “Happy Penguin’s Day!” yells Sherman, and hugs me like a grandpa.

Game One
at EXPOS 7-9-0, PIRATES 0-2-0
Should have known. Reach thirteen of anything and bad things happen. The Bucs’ win streak ends with a total shocker as Stan Bahnsen fires a 2-hit shutout, which is pretty scientifically impossible if you take a look at his card. Montreal smacking three homers off Odell Jones is less impossible. To make the day even worse for Pittsburgh, Rennie Stennett goes out with his second injury, this one for five games.

Game Two
at EXPOS 6-10-0, at PIRATES 3-7-3
What is this, a karma shift? Horrible errors from Oliver, Garner and Parker and a gutty outing by spot starter Schatzeder help complete the freakiest sweep of the year.

REDS 5-6-0, at PHILLIES 2-4-1
Another mini-slump (maybe) begins for the Phils, as Carlton gets his usual zero offense behind him and George Foster slices a couple fastballs out of the Vet. Cincy sweeps all three games in robot style: 5-2, 5-3, and 5-2.

Game One
at CARDS 7-6-1, CUBS 6-10-1
Bobby Murcer sure pays for his game-winning homer heroics yesterday. First the Cubs’ long relief blows a 6-0 lead for tired Steve Renko, then Bobby drops a fly with two on and one out in the last of the 9th to let the Cards tie the score, before McBride wins it an out later with a single.

Game Two
at CARDS 10-14-1, CUBS 1-4-1
John Urrea is incredible again, and will be replacing the horrible Pete Falcone in the St. Louis rotation by executive order. Dennis Lamp, who gives the Cards seven runs in the very first inning, will just be executed.

Game Two
at WHITE SOX 10-12-1, ROYALS 6-9-3
Wow. Three out of four for Chicago here, as Doug Bird gets shot with many BB guns. Heise and Zdeb join Brett on the injured list, which couldn’t have helped.

RED SOX 4-8-0, at YANKEES 3-4-1
This unplugged offense business in the Bronx is reaching critical mass, and maybe the Bombers will find their hitting in Minnesota. Everyone else does. Rivers manages to poke a 2-run shot in the 6th off Jenkins to tie the game, only his second and third RBIs of the year, but three singles off Torrez in the 8th ice the game for Boston.

Game One
RANGERS 15-17-1, at TWINS 5-8-2
Redfern, Serum and Butler are gunned down by the Texans like Bonnie and Clyde and their dog. Bump Wills, enjoying his new leadoff spot against righties, goes 5-for-6 and hits for the cycle in a game that is actually tied going to the 5th.

Game Two
at TWINS 9-14-0, RANGERS 6-10-0
I can’t believe…what I just rolled! Minnesota wins a home game!  A beauty comeback, too. Down 6-3 in the 5th, the Twins plate six on Devine, Knowles, and Marshall, capped by a huge pinch triple to Dan Ford that clears the bases, and they hang on by the strings of their bullpen. Wills gets three more hits to give him eight on the day.

Game One
ORIOLES 15-13-2, at INDIANS 7-9-0
Jim Palmer throws his weakest game yet, but it’s still his fifth win because everyone but Maddox and Belanger in his lineup chips in with RBIs.

Game Two
ORIOLES 10-16-2, at INDIANS 7-11-1
If it’s Bump Wills Day in Minneapolis, it’s Pat Kelly Day here. He’s on base four out of six times in the first game, and ALL six times in this one, driving in five with two singles, two doubles and a mashed potato. Like Palmer, McGregor goes the distance to preserve the thin pen, and Baltimore, dear readers, is suddenly one half game out of first as they head to Comiskey.

WESTWARD HO!
Eastern clubs ride into the sunset for the next roundup:

American League through Sunday, May 11

National League through Sunday, May 11

2 responses to “The Mother of All Sundays”